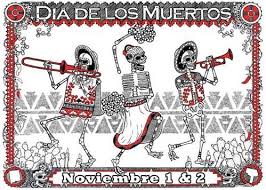 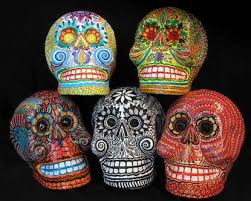 Hallowe’en is a tradition normally associated with America, but it originally stems from celtic culture, such as those found in Scotland or Galicia. In Scotland, it is believed that hallowe’en is the night when the world of the living and the world of the dead are closest, meaning that souls can cross over from one world to the other. It is a night when people dress up as witches or devils or any other foul creature, so that the evil spirits are fooled into thinking that they too are there to cause trouble.
Normally, Scottish children dress up and go ‘guising’ (*the nearest English word for this is ‘trick or treating’, an American expression). They knock on their neighbours’ doors and say a ‘piece.’ This could be a joke, a song, a poem or they could play a tune.  At the end, they normally get given sweets or monkey nuts. It is uncommon for them to be given money.

As well as their costumes, they traditionally carry Jack O’Lanterns, which are (in Scotland) carved turnips. American school children carve pumpkins instead. Using a knife and a spoon, the children hollow out the inside of the vegetable and create a face. They then make a wire handle and put either a candle or a bike light inside, so that the face glows.

Games are also traditional at Hallowe’en. Two traditional games are doughnut eating and ‘douking’ for apples. The doughnut game involves stringing up doughnuts on a thread. The competitors must race to finish eating their doughnuts first without using their hands. It´s a very sticky game!

The other traditional game is ‘apple douking.’ Apples are placed in a bowl of water and competitors are timed to see who can get the apple quickest out of the water, only using their mouths.

Perhaps this Hallowe’en you can try to play these games. What do you normally do for Hallowe’en?

So, was sollen wir machen?

Can one learn a language without learning the culture?

Estudio Español places a lot of emphasis on understanding the culture which goes alongside the language. In my experience, people who need to learn a language for business purposes don’t understand the necessity of this: all they want to do is communicate with colleagues in their target language. That is understandable; however, my question today is whether one can learn a language without learning the culture?

Firstly, it is my belief that it is not possible to gain a deep understanding of a language without learning the culture, as many words, expressions and language used stem from the culture. If you don’t study the culture, it’s harder to learn particular idioms, as you don’t understand their origin, meaning that your lexicon is not as rich as it should be. Put bluntly, your knowledge language suffers as a result.

This is linked to my second point, which is when you learn the language and the culture simultaneously, you gain an insight into the people who use the language. You learn what is important to them, how to act in their countries, and this in turn helps you communicate effectively in your foreign language.  Take, for example, the use of formal English. Without understanding the culture, you could use informal English in an incorrect situation, thus offending somebody in the process. Furthermore, that sentence you just used might only be offensive in one English-speaking country, but not another. Consequently because of this, Americans often have the reputation for being rude in Britain when really it´s just intercultural differences. And they’re two nations who speak English as a first language! The study of cultures reduces the chance of you making intercultural blunders, which is useful both in private and business life.

Thirdly, there is a certain pleasure to be had at learning about the countries which speak the language and as your understanding of these countries grows, so does your love for them. There is always something to be learned from other cultures, even if they seem completely alien from the beginning.

To conclude, although language lessons which focus purely on the language and the grammar are effective, a high probability of making an intercultural blunder remains. To reduce that probability, one must learn the cultures of the countries which speak that language at the same time as learning the language. Otherwise, questions remain as to whether the student is aware of how to use this language properly in the correct situations – and for that, one needs to learn the culture alongside.

What do you think?